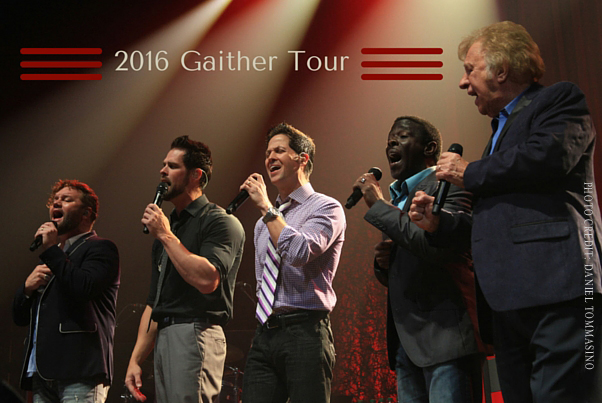 Gaither Music Group is thrilled to announce dates for the next season of 2016 concerts!

The Gaither Vocal Band will crisscross North America in all directions bringing some of gospel music’s most-loved songs to audiences in 12 states, beginning in Texas this January.

“We can’t wait to get back out there after the Christmas season and start another year of singing songs our audiences are hungry to hear,” Bill [Gaither] states. “We’ve built something very special during the past two years with these five voices, and I’m so thrilled at how this group has settled in and found its way into the hearts of people, even skeptics. The response has been overwhelming.”

All tour dates will feature the Gaither Vocal Band & Friends.  Multi-concert events throughout the year will also feature the Homecoming family, including the Caribbean Cruise, Prestonwood Texas Homecoming Spectacular and Family Fest.

So without further delay, we bring you the tour dates for January through June 2016!

May 27, 28 and 29 – Family Fest in Gatlinburg, TN – Gatlinburg Convention Center