Remembering our dear friend Ron Huff as we prepare to celebrate his life and home going at his upcoming memorial service.  We hope you enjoy this excerpt from our Homecoming Magazine archives.

Ronn Huff is a treasure to the world of gospel music in many ways. His faithful 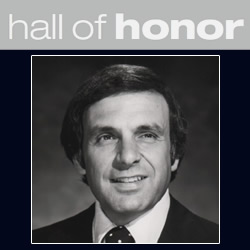 behind-the-scenes role as an arranger has made many artists and songwriters shine, putting songs in musical settings that took them from good to great, or from great to greater.

He began his career as a church choir director, serving as a minister of music in Denver, Colorado. There, he arranged two books of hymns, Celebration: Music for Festival Choir and Celebration II which both became successful.

In 1973, he arranged and directed a collection of Bill and Gloria Gaither’s songs into a now-renowned musical known as Alleluia, A Praise Gathering. That musical became the first Christian recording ever to receive an RIAA Gold certification, with more than one million records and books sold.

Huff then went on to arrange a much-loved Christmas musical of Gaither songs called His Love, Reaching. Bill and Gloria remain grateful for the indelible mark Ronn made on their music, not just on those first two musicals but on many other recordings in the years that followed.

According to Bill, “A lot of people who would never have heard our music, heard it because of Ronn Huff’s involvement. His arrangements turned good songs into great ones and broadened the scope of our writing. We owe him a tremendous debt of gratitude for his in uence on our music and our lives.”

Many other artists with whom Ronn has worked over the years would agree. His mark of excellence has been made on both sacred and mainstream recordings by Faith Hill, Charlotte Church, Amy Grant, Celine Dion, Jewel, Martina McBride, Alison Krauss, Sandi Patty, John Michael Talbot, Keith Urban, George Strait, Clint Black, Lonestar, Boston Pops and the American Boy Choir.

Ronn also held the position of producer and principal conductor for the Nashville Symphony from 1994 until 2002, when his battle with Parkinson’s forced him to limit his activities. In 2005, he was inducted into the Gospel Music Association Hall of Fame as a non-performing member. 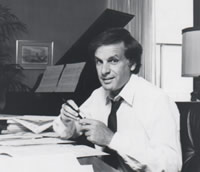 Though he has retired from full-time work, he is still making a difference. Huff temporarily came out of retirement in May of 2011 to create the stunning arrangements for a tribute event in Nashville featuring the songs of Bill and Gloria Gaither. This unforgettable night was sponsored by the Nashville Choir, directed by John Coates, and featured dozens of gospel music’s nest artists singing Gaither classics. Ronn’s arrangements, once again, were absolutely stellar. He later commented about that evening: “I think we reached our goal in drawing attention to the life-changing songs penned by Gloria and Bill. It was my great privilege to be a part of that evening.”

His musical accomplishments are impressive, yet there is more to Ronn Huff than his great work. His humility, integrity and kindness have made him a stabilizing force among his peers, as has his 54-year marriage to Donna. The couple married on August 29, 1957, when Ronn was 21 and Donna was just 19. He notes that one of their favorite songs is, “(They Tried To Tell Us We’re) Too Young.” This sweet couple has stood the test of time in every way.

The ripple effects of Ronn Huff’s life and work will be felt for eternity, and we are grateful for his lifelong friendship and servanthood to gospel music and the gospel music community.

SPECIAL ACCOMPLISHMENTS:
1973 Arranged and recorded Alleluia, A Praise Gathering which became the first Christian music recording ever to receive an RIAA Gold Album certification
1994 Became producer and principal conductor for the Nashville Symphony
2005 Inducted into the Gospel Music Association Hall of Fame
2011 Received the coveted Golden Baton Award by the Nashville Symphony